Posted on April 8, 2013 by northernrockiesview

Clearly, Vertmania has been manifest on the Big Mountain over the last decade.   This is true whether prizes and incentives were awarded or not.   The first few seasons offered free passes and skis to the winners.  The last several years have been “just for fun.”

To many, vert is a “way of life.”  Skiing regularly is its own reward, but skiing more than your peers gives you more than just bragging rights.  You get more time on the Big…and you might just wind up on a list like this.

This year’s Overall Top 12 skiers/boarders all made this Top 100 list.   It looks like the ante for entry into this club will easily climb over 2.2 million next season.

Congratulations to all who appear here below~!   And to those who haven’t, but aspire to, here’s the bar.   Come and get it. 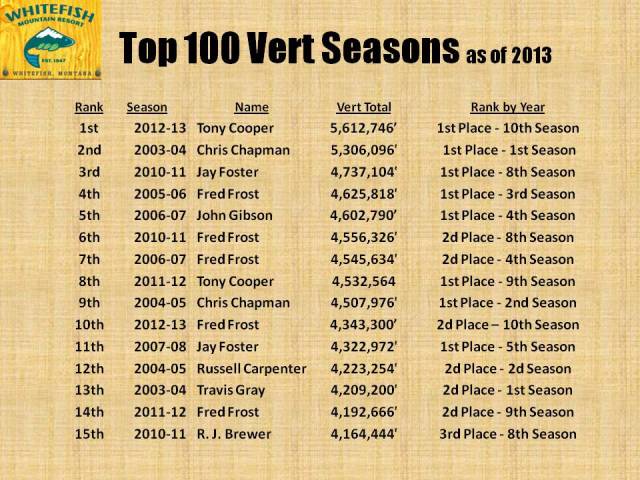 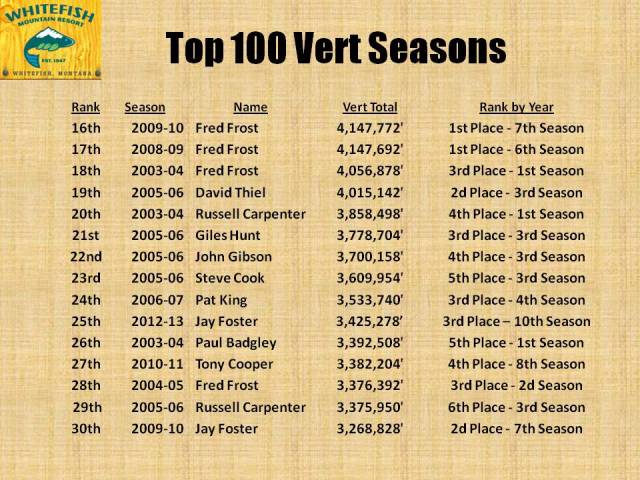 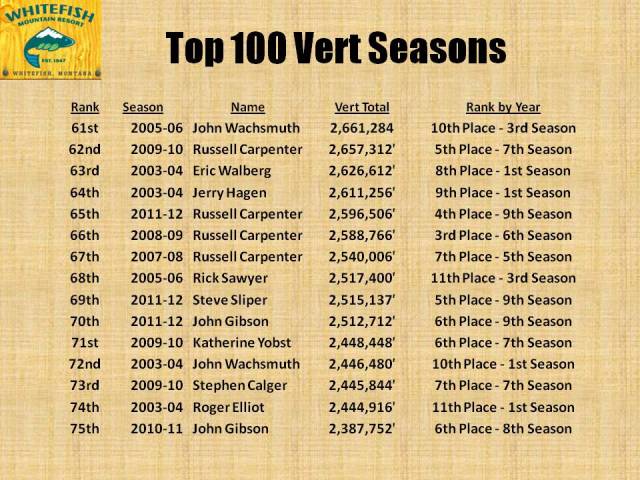 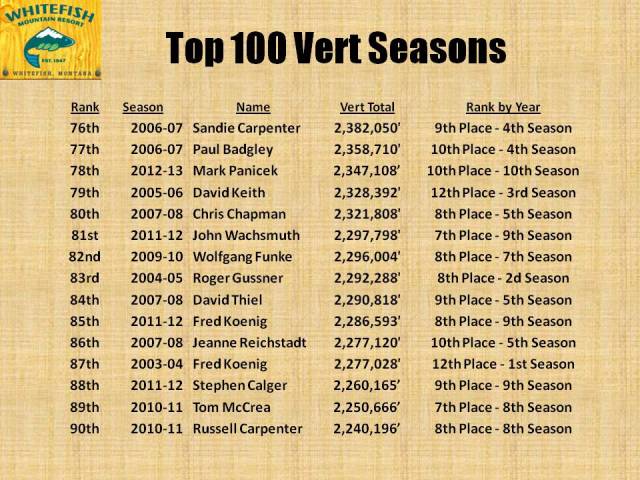 As always, I welcome your constructive inputs to correcting or completing the record. Stats are inherently pesky and can be difficult to keep accurately.  Additional eyes on the data doesn’t seem to hurt anything.   Aside from that, I say “let the record speak for itself.”

I am not affiliated with Whitefish Mountain Resort in any way, though I am arguably among its most dedicated patrons.  Come join us and give it your best shot.  R/JDPF

This entry was posted in Skiing the Big Mountain, Vert Records. Bookmark the permalink.