Posted on August 31, 2011 by northernrockiesview

Wow! Twice in one year, I’ve been stunned by my own ignorance of music.  I now concede, in Rumsfeldian terms, that “I don’t know what I don’t know” about music, artists and their craft.  First it was the Black Keys and now its Joe Bonamassa.  Have you heard of him?

Kudos and respect to 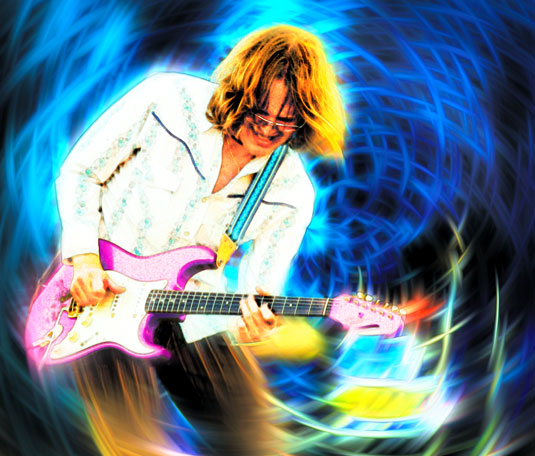 those who know his music.  Once you hear him,  you can’t take him lightly.  When you hear him, you take note.  As one reviewer has said, “Joe Bonamassa is to the guitar what Liberace was to the piano.”  I don’t much remember Liberace’s relationship with the piano….but I think I get his point. Bonamassa is beyond a virtuoso; he’s as good or better than anybody else out there–but don’t take it from me, the Rumsfeldian ignorant, listen and decide for yourself, and join the debate.

On a recent trip to Tulsa, 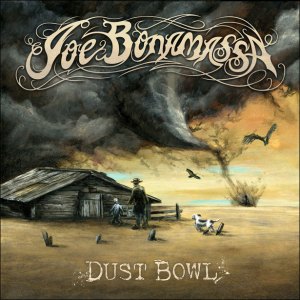 I was given Bonamassa’s new album, Dust Bowl, by a good friend–Gaynor Morris.  We didn’t really discuss it, since it was among a few other CDs, and we were working on other projects at the time.  I’d never previously heard of Bonamassa, and without any input, I didn’t jump right to listening to it.  It was maybe a week or so later, after I got back to Montana that I gave Dust Bowl a spin.  And from the first drum beat of Slow Train (the album’s first song), until now I can’t stop uttering the word “wow.”

Slow Train begins with a brush beat on a snare drum, gradually gaining speed, alternating with a beat on the snare, quickly adding a complimentary bass line, that all serve to roughly approximate the slow start-up of a real train beginning to move.  It’s immediately evocative and mesmerizing. Once you’ve heard Joe’s guitar add to the mix, you’re ready to ride this train wherever it’s going.

It turns out that Dust Bowl is Bonamassa’s 11th solo album.  He is a blues guitarist of some major reknown.  So, why hadn’t I heard of him?  It’s got to be a conspiracy.  Must be the Man trying to keep a good guitarist down.  Or perhaps just the complex, extraordinary world that we live in.  We’ve got world-class musicians all over the place and no time or attention span to pay attention to them, what with the Kardashian wedding and Obama’s vacation happening this past few weeks.  Not enough media to cover everything, so we’ll skip the world-class musicians.

So, I listen to Dust Bowl, and I’m immediately blown away.  Totally, completely taken by the power and truth of the blues.  What an unexpected, wonderful surprise!  Thanks Gaynor! I owe you one.

Joe Bonamassa is a 30-something year-old, former child prodigy, who purportedly played with B.B. King beginning about age 12.  A child from a multi-generational family of musicians, Bonamassa was quite literally born to his craft.  He was apparently somewhat obscured by the similar, contemporary (to his own) storyline of Kenny Wayne Shepherd and Jonny Lang.   Bonamassa was marketed similarly but didn’t seem to gain the media attention of the other two.  Again, there is only so much media, and they’d already done the child-prodigy blues boy becomes man story–twice even.  So Bonamassa was old news, before he ever made the news.

So, he toils along, works his craft, embraces blues influences of many styles–from British   (Clapton, Beck, etc), to Delta blues to Chicago Blues–all the while working toward creating his own style of rock and blues.  To me, Bonamassa’s work is as much rock as it is blues, but a lot of my favorite classic rock was full of blues (e.g. Led Zeppelin’s first album is a terrific example). Bonamassa’s work is in that same vein, and I like his pure blues works better than other blues-greats like Stevie Ray Vaughan.  Just a stylistic preference, not intended to impugn Mr. Vaughan’s own powerful legacy.

Bonamassa’s guitar work is simply phenomenal.  From the first album, New Day Yesterday, to the last song on Dust Bowl.  Its consistent, soul-rendering, guitar perfection. Bonamassa’s guitar work plucks at the soul’s hard-wiring like drum-beats drive our subconscious instinct to toe-tap. We are all hard-wired to respond and Bonamassa seems to have a unique ability to access and deliver the truth.  His music is an undeniably powerful force to behold.

I’m not even close to digesting all of his works yet….but I am four discs deep into the catalogue–with excerpts from others, bought in installments.  I haven’t heard anything yet that didn’t wet my appetite for more.  Unfortunately, Bonamassa’s catalogue exceeds my disposable income for one month.  Dang~!  My patience shall eventually be rewarded.

Joe Bonamassa is beyond the top of his game.  He’s made it.  He’s way beyond the Kenny Wayne Shepherd/Jonny Lang comparisons.   His May 2009 concert at the Royal Albert Hall in London etched his name at the top, on the pinnacle of blues artist heraldry.  That concert, available on i-Tunes, featured an Eric Clapton collaboration.  The 2-hour concert cemented Joe Bonamassa’s “I have arrived” credentials forever.

And yet, he still works in relative obscurity.  So, I write, to do my small part in “educating” the masses.  I can envision a more enlightened world where we all move forward in unison as Joe Bonamassa fans.   It certainly beats waiting for a world where Obama brings us “hope” and “change”–but that’s another article altogether–ah, but I digress.

Short of being qualified to do a “Best of Joe Bonamassa” suggested playlist, gleaned from his entire catalogue, I can only offer a few examples of his mastery–and then turn you loose to decide for yourself.  As time and finances permit, I plan on acquiring the rest of his catalogue for my own opportunity to go “back to school.”

My own jaw-dropping, awestruck moment came when I heard Joe’s version of “Tea For One,” a remake of Led Zeppelin’s fairly obscure, 9 minute blues dirge lamenting a break-up, from 1976’s Presence LP. I know how rare it is to be “blown away” by studio recorded music…but Bonamassa’s version did just that….and continues to, every time I hear it.  His “Tea For One” so vastly exceeds Zeppelin’s that I felt an instant desire to write about it…and a healthy fear that folks will dismiss my words as more “hyperbole.”

Bonamassa’s Tea For One is on his 5th studio album, 2006’s release, You and Me. Playing drums on that record, is one each, Jason Bonham (son of the late Zeppelin drummer John Bonham).  And while Jason will never have the legacy his father did, he is the best drummer around for playing from his father and his bandmates’ library.   He brings a built-in honor and respect….and genetic predisposition for pounding it out, like his father did best.  His drumming for Bonamassa is both faithfully credible and inspiring.

On Tea For One, Bonamassa’s guest vocalist Doug Henthorn can’t and doesn’t compare to Robert Plant’s vocals–though he more than does justice to it.  But Bonamassa absolutely and completely upstages Jimmy Page’s guitar work.  I have re-listened to Zeppelin’s version more than once to see if I’m maybe mis-remembering….and each time it reaffirms Bonamassa’s chops.  And I don’t say any of this to impugn Jimmy Page.  His legacy and credentials remain safe, to be revered by rock enthusiasts forever.  The contrast just serves to highlight the inherent truth of the favorable Bonamassa comparison.

The only negatives anyone says about Joe Bonamassa–in the context of trying to understand why he isn’t better known–is that he isn’t a great vocalist, and that his studio performances don’t completely capture the “jaw-dropping” magic of his live shows.   Vocally, he is more than adequate; in fact, he is good.  It’s true, he can’t compete with Robert Plant, but he does justice and the vocals don’t ever detract from the music.  There is a collective sense among reviewers that he has continued to improve vocally over the years and records.

As far as the live versus studio comparisons, I have no personal knowledge there.  I will have to take others’ word for it.   I haven’t yet seen Joe Bonamassa live….though he did just give a guitar workshop, just down the road here in the Flathead valley, down on Flathead Lake in Bigfork.  We toyed with going, but had driven all day back in from the Seattle area…and, in the end, I didn’t want to be just a “fan” milling around with a bunch of local guitar players at a Blues Fantasy Camp-like workshop.  I want to see him play with a full band.  Maybe he’ll be back in Tulsa or OKC on an upcoming trip.  I can only hope.

For now, my essential Joe Bonamassa playlist goes like this:

The above playlist doesn’t completely capture Bonamassa’s catalogue, but it does capture some major highlights and it certainly reveals his “world-class” skill-set.

Well enough of my bloviating.  Go find and listen to some Joe Bonamassa.  His website (jbonamassa.com) has free downloads from Dust Bowl.  And I’ll happily gift a three song Joe Bonamassa sampler set from i-Tunes to the first person to comment substantively and thoughtfully (as determined by me, in accordance with my own unspecified analytic terms) on this article.