Posted on April 20, 2011 by northernrockiesview

It’s always a pleasure discovering new music, new artists, etc.  And American Idol has been a repeat deliverer over the last decade.  You just never know if a winner will stick around and remain a star….or a middle-of-the-pack contestant will be the next great thing.  There are no rules….and America can be a fickle audience.   No season is the same and no contestant can be successfully gauged from the brief glimpses that Idol gives you of them.  No better example of this dynamic exists than this season’s Paul McDonald.

Over the last few seasons, a new paradigm has seemingly emerged among Idol contestants. Some of the contestants were artists with a previously established library, with some already released albums out there.  Last season’s winner, Lee DeWyze, had previously released two albums prior to his Idol coming out.  Even David Cook had a previously released album.  The show does little to bring attention to their previous works.  It probably doesn’t matter….except in cases like Paul’s, where the body of work is so strong.

This Idol season yielded a true-professional in Paul McDonald.  Voted off  8th, the 26 year-old hails from the great American South, originally from Huntsville, Alabama.  Before Idol, Paul McDonald was (and still remains) the lead vocalist of The Grand Magnolias, formerly known as the Hightide Blues.   The Grand Magnolias have one self-titled album, released last November.

It is a very good album and I’d bet you’ll hear some of it in the near future. So good, in fact, that the band itself decided that their former name, the Hightide Blues, didn’t conjure the “special” that this album seemed to signify. In their words (posted at their “thegrandmagnolias.com” website), when they’d left the road for the first time in years to write and record a new album, “what they came up with was something they thought should stand on its own as a new project.” So, they sponsored a band-naming contest in Nashville in August 2010, and The Grand Magnolias were born.

The album is strong—very strong!  Paul really is a terrific vocalist.  To quote another fan, “he is sort of a cross between Rod Stewart and James Blunt.”  Yes, that’s it exactly.  Except that Paul and his bandmates write and convey more traditionally American…and Southern sensibilities in their music than Rod Stewart and James Blunt did….and I know how bold that statement is; Maggie May is as “Apple Pie” as it gets.  To mention Paul in the same sentence…..and then compare him favorably to those guys….because he sings and writes more “down-home” songs than them…..verges on excess and hyperbole.

But, I say it isn’t either.  Paul and his bandmates are that good!  In fact, the band (as the Hightide Blues) won Nashville’s “Music City Mayhem,” a 32 band competition/tournament of sorts.  They were simply the best of 32 bands in Nashville in 2010.  Sounds like a promising draw for certain, but we heard none of that on Idol.

And as it turns out, this isn’t a new thing for Paul or his bandmates.  The Hightide Blues have been around their home range for a few years now.  A healthy number of the reviewers of their albums on i-Tunes, hail how terrific they are live.  Fans speak of seeing a live show and being hooked, then buying the albums that they can’t stop listening to.  I am currently in that dynamic–sort of.  I saw Paul on American Idol, liked some of his covers, and hated to see him go.  So, I start poking around on i-Tunes, only to discover the albums that I now can’t stop listening to.

And that’s because it isn’t just The Grand Magnolias CD that’s terrific, they’re most recent Hightide Blues CD, Love Comes Easy (also available on i-Tunes), released in June 2008, is also a great album.  It got some local love, in the form of airtime from Nashville’s own “Lightning 100.1 FM” radio-station.   Among the standouts—Dreamin’ Alone (which got the radio airplay) is a catchy, mid-tempo, break-up song—which captures that place of being lonely and single.  How many of us don’t remember that feeling viscerally? Paul’s vocal is at once descriptive, disarming, inviting, and soothing.  The blues harp adds a nice touch too.

And my personal favorite from the Hightide Blues (and perhaps Paul’s entire library) is Dancing with the Angels (Meg’s Song).  This album closer is a beautiful tribute to a music-loving southern belle, friend of the band, named Meg Ingram, who died of cancer at the age of 21. It immediately struck me as a classic song of remembrance.  Meg and her family can be proud of her friends in the band.  They remembered her magnificently.

These Hightide Blues – Grand Magnolias guys can play.  And they write songs about us in our own habitat.  We southerners love that.  No matter how long we live elsewhere (like your author here in Montana) we don’t ever outgrow our southern sensibilities.

The band’s home territory is the bar and frat scene at/around Auburn University, where Paul and bandmate Jonathan Pears first began writing songs together.  Their long-time, local, pre-Idol fans, who’s voice is loud and clear among the i-Tunes reviews, swear by the intensity and fun of their live shows.  Paul is that same magnetic, happy, quirky, vocalist that we saw on Idol.  The flashy, Porter Wagonner-esque outfits he wore on Idol, were an extravagance he bought before he went out to LA.

I doubt very seriously that he wore them playing the local Auburn scene over the last several years.  It strikes me as a bit of an attention grabber for the television audience….because in person, he is purportedly pretty captivating.  His music, vocals and demeanor draw you in.  We saw a fair amount of that on the Idol stage.  But we also saw Jimmy Iovine tell Paul that his voice was better suited for his own songs than it was for covers. In reviewing the tapes (DVR recordings of his Idol Performances) for this article, in light of of my newfound knowledge of his music, I would wholeheartedly agree. 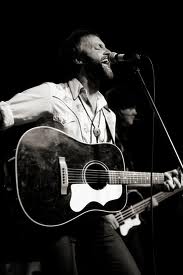 Paul was credible, good and entertaining doing Rod Stewart, Elton John, and Johnny Cash covers.  But, he is downright spectacular and magnetic with his own works.   I completely get why they would win the Music City Mayhem contest in Nashville.  They flat-out ROCK!

By my own measuring standard–how many songs on an album do I like, by percentage?–the Grand Magnolias and Hightide Blues are way up on my approval list.  Their albums are imminently listenable from start to finish.   There are no filler songs.  I like something about every song…..and everything about some of the songs.

Paul and his bands have a knack for songs that we can all relate to.  His lyrics and vocals tickle my need to sing along.   As the first song on The Grand Magnolias record beckons, “Sing Out, Sing Out, things are only getting better.”  I dare you to listen and not join in.

Paul has a gift.  I’m not sure Idol captured it all so well….since I didn’t know any of this until after he was voted out.  But, I must tip my cap to Idol for putting Paul through.  I may have never discovered the centerpiece of my spring 2011 soundtrack had they not.

Through Idol, Paul has earned some real fans.  I, for one, am now in.  I can’t wait for whatever he and his bandmates do next.  Rock on Paul!  Bring us the Magnolias in their full, Grand splendor!  R/JDPF